What is an Island?Islands are areas of land that are not connected to a continent and are surrounded by water. Small islands are sometimes called cays, keys, or islets. A group of islands is often called an archipelago.

Greenland is by far the world’s largest island that is not a continent. It covers 822,706 square miles which is more than double the second largest island, New Guinea. For such a large island, Greenland only has a population of around 56,000 people making it one of the least densely populated places in the world. This is because most of Greenland is covered by a sheet of ice. Greenland is part of the continent of North America, but politically has generally been part of Europe through the country of Denmark.

MadagascarMadagascar is the fourth largest island in the world. It’s located off the southeast coast of Africa. Madagascar is home to many animal and plant species that can’t be found anywhere else on the planet. Around 80% of the plant and animal life on the island can only be found on Madagascar. It is so unique some scientists refer to it as the eighth continent.HonshuHonshu is the largest island that makes up the country of Japan. It is the seventh largest island and has the second most people after the island of Java with a population of over 100 million. The highest mountain on Honshu is the famous volcano Mount Fuji and the largest city is Tokyo.LuzonLuzon is the main island of a large number of islands that make up the country of the Philippines. It is the fifth most populated island in the world and is home to the city of Manila. Manila Bay is considered to be one of the best natural port harbors in the world due to its size and location. 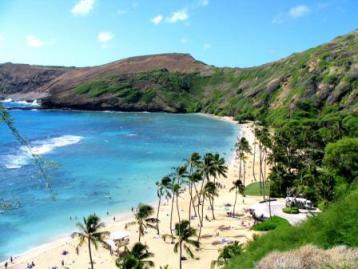 Fun Facts about Islands of the World